The Canadian Nuclear Safety Commission (CNSC) wishes to reassure members of the public that tritium levels in drinking water do not pose a risk to their health.

Media reports have recently highlighted the concerns of several citizens and groups about tritium levels in drinking water. The CNSC wants to reassure the public that the levels of tritium contained in the drinking water of communities near nuclear facilities do not pose a risk to their health. 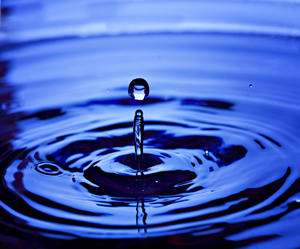 "Tritium levels in the drinking water of communities near nuclear facilities do not pose a health risk."

On June 9, 2009, the ODWAC released its Report and Advice on the Ontario Drinking Water Quality Standard for Tritium. ODWAC recommends that the Ontario Ministry of Environment lowers its limits from 7,000 Bq/L to 20 Bq/L.

Currently, the measured tritium levels in the municipal drinking water of the communities near nuclear facilities are well below all enforceable national and international standards, and below the ODWAC's proposed limits.

Tritium is a radioactive form of hydrogen. It emits very low-energy beta radiation, which is blocked by common materials such as sheets of plastic, glass or metal, and cannot penetrate the top layer of human skin. Tritium may be absorbed into the body through the skin or when ingested through water or food, or when inhaled.

Tritium is a naturally occurring radioactive substance, which is formed in the upper atmosphere due to the continuous bombardment of atmospheric gases by high energy cosmic rays. In Canada, natural tritium levels vary between 0.2 and 1.4 Bq/L, depending on geographical location and other factors.

Tritium is also present in the environment as a result of atmospheric nuclear weapons testing in the 1950s and 1960s. Since then, these concentrations have steadily declined and are now ranging from 2 to 3 Bq/L across Canada.

How is tritium in drinking water measured?

The amount of tritium in water is measured in becquerels per litre (Bq/L). The effect of the radioactivity on the body is calculated in millisieverts (mSv).

A becquerel is a unit for measuring radioactive decay or radioactivity. It is a standard unit used internationally to measure radioactivity in nuclear substances, including tritium.

Amount of tritium in water is measured in Bq/L

The unit (Bq/L) measures the radioactivity associated with tritium in the water.

Effect of tritium on the body is measured in mSv

The unit (mSv) measures the effect of the radioactivity on the whole body.

Every radioactive substance has a different effect on the human body. The radiation dose tells us the effect the radiation has on the body.

The standard unit to calculate the radiation dose is the sievert (Sv). However, the Sv is a large unit, so the regulators and the industry use the millisievert (mSv), which is equivalent to 0.001 Sv.

The radiation dose is used by the CNSC to set the safety level limits for the public.

In order to calculate the annual dose from tritium in drinking water, one must take into account:

For an adult, assuming a daily consumption of two litres of water, each Bq/L corresponds to a dose of 0.000015 mSv annually.

For an infant, assuming a daily consumption of one litre of water, each Bq/L corresponds to a dose of 0.000021 mSv annually.

The maximum average annual tritium levels, as measured in the municipal drinking water of Canadian communities neighbouring nuclear facilities, are about 18 Bq/l.

What does it mean?

The amounts calculated in the example above (0.00027 mSv and 0.00038 mSv) represent only small fractions of the regulatory limit of 1 mSv. The low doses are attributable to the implementation of CNSC requirements to keep doses as low as reasonably achievable (ALARA).

Studies have shown that the minimum chronic dose causing negative health effects is 100 mSv. The regulatory limit of 1 mSv is, therefore, equivalent to 1 percent of this amount.

To put this amount (1 mSv) in context, let's look at the different sources of radiation to which typical Canadians are exposed to: background radiation and radiation from medical procedures (like X-rays and CT scans).

Background radiation is mainly due to:

Medical procedures account for about 1.2 mSv on average. It is also worth noting that this figure varies from person to person, depending on the number of radiological diagnosis and treatments.

The 0.00027 mSv dose, as related to the consumption of drinking water containing 18 Bq/L (seen in our example above) is insignificant compared to the dose from background radiation and medical procedures.

The figure below illustrates the radiation dose related to different sources.

How are tritium levels in drinking water regulated and monitored?

Canadian provinces have control over the regulations for the quality of the drinking water, including setting limits for tritium levels.

Nuclear power plant operators, as well as AECL's facility in Chalk River, have monitoring programs in place to sample and report tritium concentrations in drinking water.

Other nuclear facilities, such as tritium processing facilities, have their own environmental monitoring programs to keep tritium levels under control.

Health Canada recommends 7,000 Bq/L as the maximum amount of tritium in drinking water. Some provinces, such as Ontario, have adopted this value as a legal standard.

Health Canada's guideline is based on the recommendations of the International Commission on Radiological Protection (ICRP) and the World Health Organization (WHO).

On June 9, 2009, the ODWAC proposed to the Ontario Ministry of Environment to lower the enforceable limit of tritium in drinking water from 7,000 Bq/L to 20 Bq/L.

It is worth noting that tritium levels in the municipal drinking water of the communities near nuclear facilities in Canada are well below national and international standards, and below the new 20 Bq/L limit proposed by the ODWAC.

Tritium levels in the municipal drinking water of these communities vary between 6.4 and 18 Bq/L, and therefore do not result in any significant exposure of the public to radiation.

How much tritium is a Terabecquerel (TBq)?

A terabecquerel (TBq) represents one million, million (1012) becquerels (Bq). A Bq is a measure of the amount of radioactivity but has little to do with the weight or volume of the material.

Releases to the environment

The CNSC sets the limit for the radiation dose for the public arising from the activities of nuclear facilities at 1 mSv per year. In addition, to minimize the environmental impact of tritium releases, the CNSC uses the ALARA principle, which means that licensees are required to keep exposures "as low as reasonably achievable".

All authorized releases to the environment - known as derived release limits (DRLs) - are calculated using a methodology that considers the various ways in which radionuclides, such as tritium, can impact members of the public.

For instance, the methodology must take into account the impact of tritium releases on locally-grown food, water supply and air quality. The methodology used is conservative and assumes, for instance, that individuals live, work and stay in their community for extended periods of time.

DRLs are specific to each facility and take into account various regional factors such as meteorological and geographical conditions as well as the population density near the facility.

As an example, Ontario Power Generation's Pickering B nuclear power plant has a DRL of about 490,000 Terabecquerels (or 4.9 X 1017 Bq) for tritium liquid emissions. However, with the implementation of controls based on ALARA their actual annual release in 2008 was about 200 TBq, about 0.04 percent of the DRL.

Action levels (ALs) are set as a condition of the licence and licensees must report any release above these levels to the CNSC. ALs represent a small fraction of the DRLs (0.05 percent) and are rarely reached during the year.

The CNSC's approach to regulating tritium releases into the environment has provided strong protection for the quality of the drinking water of the communities near nuclear facilities.

As an example, Figure 2, below, presents levels of tritium in four drinking water supply plants on the Ottawa River downstream of AECL's Chalk River Laboratories.

What are other countries doing?

In other countries, the enforceable drinking water standards for tritium vary between 740 Bq/L (US) and 76,103 Bq/L (Australia).

In the European Union (EU), requirements for radioactivity in drinking water are not mandatory but only used as indicators to trigger further investigation. The EU tritium indicator value of 100 Bq/L is used as a screening value, automatically triggering an investigation if reached.

In 2006, California adopted a non-mandatory public health goal of 14.8 Bq/l for tritium in drinking water.

The observed concentrations of tritium in the drinking water in Canada are below and slightly above California's non-mandatory health goal and below the limit of 20 Bq/L recommended by the ODWAC.

Considering the very low concentrations of tritium in drinking water in Canada, the CNSC concludes that health risks to the population are insignificant.

The CNSC tracks tritium levels continuously to ensure the protection of the public and the environment. The organisation is committed to protecting the health of Canadians and will continue to do so by drawing on the best domestic and international practices.