Where do you see the CNSC in 70 years?

“CNSC staff’s competency and skills will be as strong as or even stronger than today. I see a young generation driven to be public servants who believe in what they do and in upholding our mandate. They will do so with determination, perseverance, science, facts and hard work.” – Ramzi Jammal, CNSC Executive Vice-President and Chief Regulatory Operations Officer

Throughout the past 70 years, numerous significant events have affected the nuclear industry within Canada and globally. Here is a brief summary of just a few momentous events that took place under the stewardship of Atomic Energy Control Board (AECB) presidents whose appointments spanned the late 1970s and mid-1980s.

Towards the end of Dr. Prince’s term, he was challenged with an unexpected nuclear incident. In 1977, the Soviet Union launched the Kosmos 954 satellite. In 1978, a malfunction prevented safe separation of its onboard nuclear reactor; when re-entering the Earth's atmosphere the satellite scattered radioactive debris over northern Canada, prompting an extensive cleanup operation. 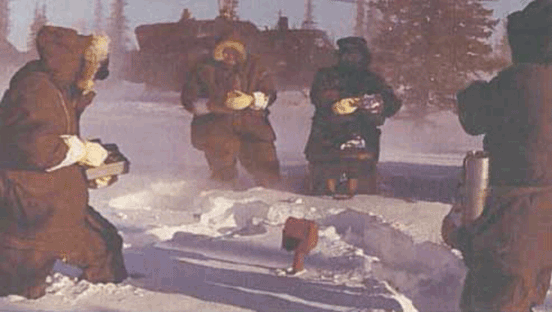 As the AECB was responsible for retrieving and handling radioactive materials, and for conducting environmental and health assessments, staff were called upon to go above and beyond their daily duties. A team was put together and sent to the Northwest Territories on a search-and-recovery mission.

Canada and the U.S. collaborated in the cleanup initiative dubbed Operation Morning Light. Their passion and determination surpassing all expectations, the teams worked day and night in extreme weather conditions, striving for the same goal – cleaning up the debris scattered across 124,000 km2.

Soon after Operation Morning Light, the United Nations authorized its Committee on the Peaceful Use of Outer Space to establish a working group to study nuclear-powered satellites and increase the safety of this technology in space exploration. This was another milestone towards a safer environment for mankind.

During his time as president, Mr. Jennekens was faced with two of the world’s most significant nuclear incidents: Three Mile Island, which took place on March 1, 1979, and the Chernobyl disaster on April 26, 1986. 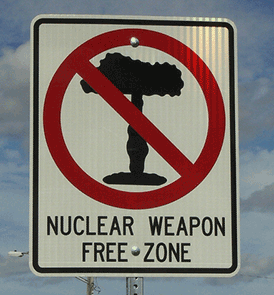 While the Three Mile Island event occurred in the U.S., its impact was global. To help counter the fear resulting from the accident, the AECB enhanced its public-communication strategies and increased transparency. At that time, President Jennekens revised public-access policies and public-consultation programs. He also revised how regulatory agendas were publicized and how policy statements for public comment were issued. In addition, he appointed an Access to Information and Privacy Coordinator.

The decisions that the AECB made to enhance public engagement changed the nature of the interactions between the Canadian public and the Canadian nuclear sector. Initiatives put forth during this time established a foundation that the AECB, now the CNSC, has continued to build upon. Although this was not a direct nuclear incident in Canada, it is a significant milestone in communication and nuclear awareness for Canadians.

Based on information and extracts taken from the CNSC historic archives, including a video of the former CNSC project officers Mike White and Bonnie Duff recounting Operation Morning Light