The Nuclear Safety and Control Act provides for the appointment of not more than seven permanent Commission members by Order in Council and of temporary members. One permanent member of the Commission is designated as the Canadian Nuclear Safety Commission's (CNSC's) President and Chief Executive Officer.

The current Commission membership is as follows: 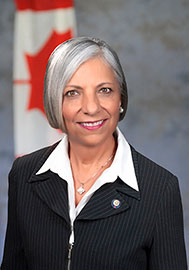 Rumina Velshi was appointed President and Chief Executive Officer of the CNSC in August 2018.

Ms. Velshi has had a long association with the CNSC, having been a Commission member from 2011 until her appointment as President and CEO.

Ms. Velshi has extensive technical, regulatory and adjudication expertise in the energy industry. Throughout her career, she has worked in various capacities at Ontario Hydro and Ontario Power Generation, the electrical utilities in the province. Ms. Velshi also previously served as a part-time Board member of the Ontario Energy Board, the economic regulator of the province’s electricity and natural gas sectors.

In February 2020, Ms. Velshi was appointed Chairperson of the Commission on Safety Standards (CSS), established by the International Atomic Energy Agency (IAEA), for a four-year term.

Ms. Velshi very actively promotes careers in science, technology, engineering and mathematics (STEM), especially for young women. Since joining the CNSC as President and CEO, she has launched a women-in-STEM initiative to consider ways to support women in STEM careers at the CNSC and elsewhere, and to further STEM education by working with interested partners. She has also delivered several international keynote addresses about breaking down barriers for women in STEM.

Ms. Velshi was one of the founding members of Canada's Women in Science and Engineering and currently serves on the Board of Directors of the Canadian Institute for Women in Engineering and Science (CIWES), an institute that advances education in the STEM fields worldwide through an international network of organizations, foundations and experts.

She has served as Vice-Chair on the Board of Directors of Scientists in School, a non-profit organization that offers STEM-focused workshops to more than 700,000 students each year. Ms. Velshi is one of 150 Canadian women whose stories are compiled in Your Turn, a book published to mark Canada's 150th anniversary and inspire the next generation of women leaders. 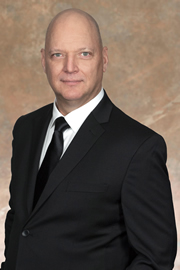 Dr. Timothy Berube was appointed on March 12, 2018 as a permanent, part-time Commission member for a term of four years.

A resident of Thunder Bay, ON, Dr. Berube holds an Electronic Technologist diploma from Confederation College, ON; a Bachelor of Engineering (Electrical) from Lakehead University, ON; a Master of Business Administration (International) from the University of South Australia, AU; and a Master of Science (Leadership) from Capella University, Minnesota, U.S.

Dr. Berube has over 25 years of experience in the areas of global leadership, executive management, governance, business development, operations, sales, marketing, engineering, project management and consulting. Included in this profile is a 10-year international portfolio resulting in the creation of two multi-million dollar multinational enterprises.

Dr. Berube's extensive career has been varied. He has held positions with the Canadian Forces Communications Command as Deputy Commanding Officer, Ontario Hydro as a nuclear operator, and with several telecommunications companies in Canada and abroad. More recently, he was the founder of Ben Berube Holdings International Inc., an international and domestic consulting firm which provides strategic services to small enterprises.

Dr. Berube is Métis. He is a board director with North West Local Health Integration Network. As a regional board member of a Crown corporation in Ontario, he is frequently engaged in community stakeholder meetings and events. His area of responsibility includes over 20 reserves in northwestern Ontario and includes thousands more Indigenous peoples living off reserve. 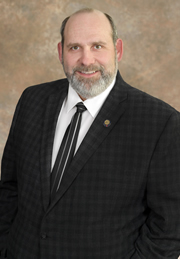 Dr. Sandor Demeter was reappointed on March 12, 2018 as a permanent, part-time Commission member for a five-year term.

A resident of Winnipeg, MB, Dr. Demeter holds a Doctor of Medicine (MD) degree from the University of Saskatchewan. He is certified by the Royal College of Physicians and Surgeons of Canada in Community Medicine (Public Health) as well as Nuclear Medicine. He has post-graduate degrees from the University of Toronto (Masters of Health Science in Community Health and Epidemiology), the University of Edmonton (MSc focusing on health technology assessment and health economics), and the Illinois Institute of Technology in Chicago (Masters of Health Physics).

Dr. Demeter has extensive consulting experience, including as a Physician Advisor to the CNSC from 2012 to 2017, during which he attended select Commission hearings and advised the Commission on issues related to radiation and human health, at both individual and population levels. He has received several research awards, reviewed numerous publications, and authored or co-authored approximately 40 scientific papers, posters and abstracts. He has also been a member of several associations, including the International Committee on Radiation Protection, Canada Safe Imaging, and was the President-Elect of the Canadian Society of Nuclear Medicine.

After a decade of providing public health services in various jurisdictions across Canada, he moved to Winnipeg in 2002 to start a diagnostic and therapeutic nuclear medicine practice. He is currently a staff nuclear medicine physician and Nuclear Medicine Section Head at Health Sciences Centre of the WRHA; Co-Director of the WRHA PET/CT Program; and Medical Director, WRHA Central Radiopharmacy. He is also an Associate Professor in the departments of Radiology and Community Health Sciences, Faculty of Health Sciences, College of Medicine, and an Adjunct Professor, Department of Physics, University of Winnipeg. From 2009 to 2012, he was the WRHA Medical Director of Diagnostic Imaging, the HSC Site Medical Manager of Diagnostic Imaging, and the University of Manitoba Department Chair, Radiology. 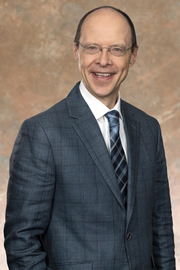 Dr. Marcel Lacroix was appointed on March 12, 2018 as a permanent, part-time Commission member for a four-year term.

Dr. Lacroix is a full Professor at the Université de Sherbrooke, an engineering consultant and a technical adviser to law firms.

Dr. Lacroix has worked in the energy and process industry within the private and academic sectors for nearly 40 years, in the Americas and Europe. He worked for Atomic Energy of Canada at Chalk River Nuclear Laboratories and for Gentilly-2 Nuclear Generating Station’s (Hydro-Québec) Groupe d’analyse nucléaire. Dr. Lacroix was also a full Professor at the Université Claude Bernard Lyon and at the École des mines de France. As an energy specialist, he has authored and co-authored hundreds of peer-reviewed scientific papers and has published textbooks on thermodynamics, energy and nuclear technologies. During his career, Dr. Lacroix held over ten invited professorships at foreign universities. He is a keynote speaker at international conferences as well as a public speaker. He appears regularly in the media across Canada to comment on issues pertaining to energy and nuclear technologies.

Dr. Lacroix is a licensed engineer with the Ordre des Ingénieurs du Québec. 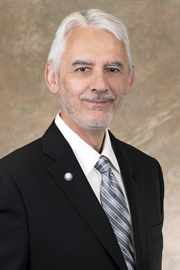 Dr. Stephen D. McKinnon was appointed for a four-year term on June 19, 2019 as a permanent Commission member.

Dr. McKinnon is a mining geomechanics engineer with over 40 years of experience in industry and academia. He conducts research in rock mass behaviour in deep high-stress seismically active mines and also on crustal-scale geomechanics, fault stability and seismicity. In his research, he makes extensive use of numerical modelling; the analysis methodologies he has developed are used at mines around the world. His research has been featured in journal publications, technical reports and books, at conferences, in keynote addresses and in guest lectures.

Prior to joining Queen's University, Dr. McKinnon gained wide international experience while working from bases in Chile, the U.S., South Africa and Sweden, and through consulting activities in numerous other countries. He remains active as an advisor in a number of mining operations around the world and is a registered Professional Engineer in the Province of Ontario.